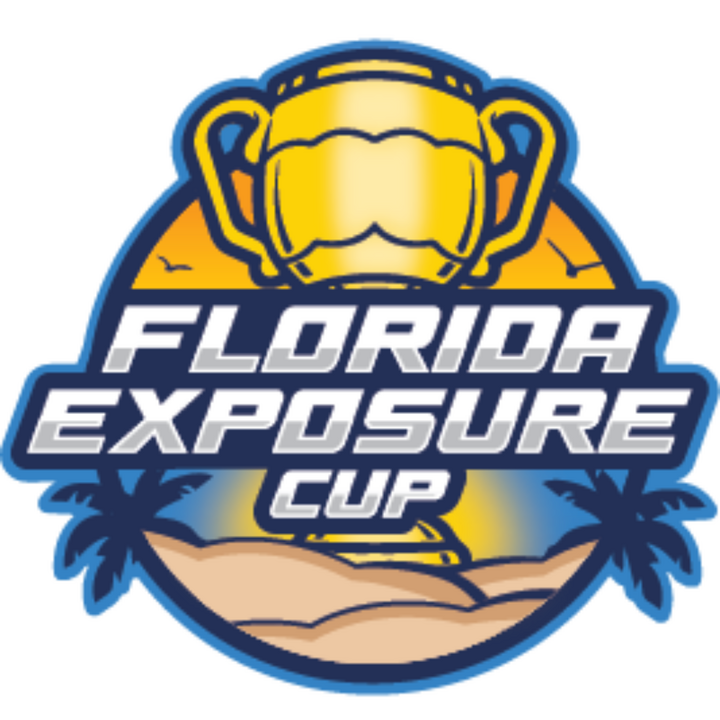 The Florida Exposure Cup is governed by the rules of USA Hockey, and it is the responsibility of each player, coach, and team manager to be familiar with these rules and ensure all participating players and coaches are registered with USA hockey for insurance purposes.

The Tournament Management shall be responsible for resolving all inquiries or disputes regarding off-ice rule application or interpretation, player eligibility, disciplinary action, and any other procedural disputes. Exposure Hockey Group supports the USA Hockey zero tolerance initiatives for verbal abuse of any player, official, parent or spectator. The Tournament Management or arena staff reserves the right to remove any violator from the premises. He/she will not overturn any dispute concerning rules and/or the judgment applied by on-ice officials. All decisions of the Tournament Management are final!

A USA Hockey Official Team Roster Form (1-T) approved by the District or Associate Registrar, or Hockey Canada Certified Player Roster approved by the governing Canadian federation is required for all participating teams and shall be proof that all participating teams are properly registered, and all participants are playing in the appropriate age classification and level. Official USA Hockey rosters or Hockey Canada rosters must be submitted to Exposure Hockey Group at least 10 days before the event start date.

MOUTH GUARDS — All players are required to wear a colored, non-clear (Rule 304F) mouth guards (Squirt players excepted as per USA Hockey), or as per their Organization’s directive (per out of country teams).

ICE CUT — An ice cut will follow at the end of the first half. All games will start on clean ice.

READY TIME — All teams must be ready to play 15 minutes prior to their scheduled start time.

LATE TO ICE — If a team is late getting on to the ice for warm-up, they can be assessed a minor penalty for delay of game.

FIGHTING — Fighting is strictly prohibited. Any player involved in a fight may be dismissed at the discretion of Tournament Management and referees. If a game is interrupted by on ice fighting between players and/or bench staff, then the clock may continue to run. Game time will not be restored until the whistle has blown on the play that immediately follows the on-ice fight. Minutes lost will not be restored.

MERCY RULE — Play clock will go to running time if goal differential is 6 at the beginning of the third period.

ROUND-ROBIN RULES IN A TOURNAMENT SITUATION:

PLAYOFF RULES IN A TOURNAMENT SITUATION:

Round-Robin games will be scored with the following point totals:

STANDINGS AND PLAYOFF SEEDS WILL BE DETERMINED BY (IN ORDER):

2) Head-to-Head (this will only be considered if all tied teams have played each other). 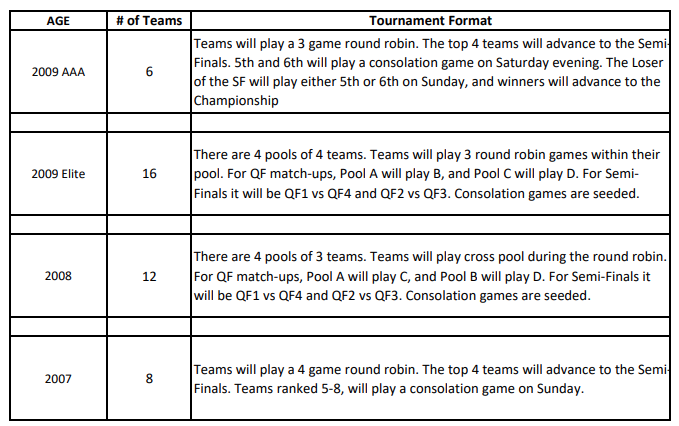 As a group you must confirm and understand all the items in this document and ensure every program member and participant understands the same.